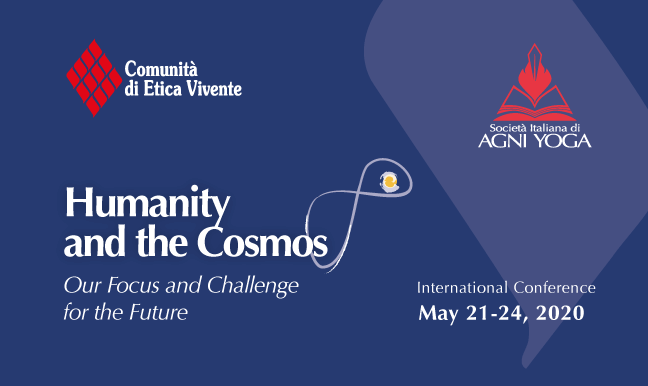 Humanity and the Cosmos

Our focus and challenge for the future

Science marches ahead with such gigantic strides that the next step will soon be realized, namely, that of collaboration with the Cosmos. Then cosmic consciousness will cease to frighten even obvious ignoramuses, and will become a normal factor (…) then will spiritual unity come into being.

Over the last seventy years, with extraordinary speed, almost all humanity is acquiring a planetary consciousness that was virtually completely lacking previously. As human beings, we are understood to be the crew of a vessel, the planet Earth, which travels in the space. We understand that we have only two choices: to cooperate in taking care of the ship and let it remain hospitable so that the journey continues well; or to drift, destroying one another.

Planetary consciousness is a huge step forward for humanity. Although there are still many people who profess or pretend to ignore it, this step is one of the basic developments of our present civilization. Nobody can shirk it, including the people who affirm that the planet has the property of self-regulation and regeneration and that humanity is not obliged to be responsible for it.

If we pay attention to what comes out from the teaching of Agni Yoga, we find a further impulse as how to straighten the helm of our vessel: it is necessary that humanity acquires a cosmic consciousness. Thus it is necessary to be aware that the Universe is a Cosmic Oneness and that the Earth is like a cell of a huge organism: if we live playing our role in total harmony, we shall be able to live well with the right love for our home. On the contrary, if we destroy ourselves and our planet, we shall become as a cancer cell in a human being, which sooner or later will cause its own expulsion out of the evolutionary cycle, as happened long ago to the moon.

However, it is not only a matter of survival, trying to preserve as much as possible of our old habits. Cosmic consciousness carries two fundamental consequences for the future of humanity and Earth: the attainment of the spiritual unity, that is the coming of the soul kingdom and Common Good, beyond the narrow, selfish interest; and the participation in the work of cosmic building, as a working cell in a continuous building site.

The Community of Living Ethics and the Italian Society of Agni Yoga are collaborating for the realization of this important event that takes up the exploration work of the “Consciousness” phenomenon, started with “Scientist for Peace” and deepened in “The Planet Within” – our previous Conferences – widening the field of investigation to cosmic consciousness through the teaching of Agni Yoga, of which one hundred years are celebrated in 2020.

When humanity will come to understand the Cosmic Oneness, the cosmic construction will be affirmed. (Infinity I, 360)

Why should you attend?

Because each of us can be interested in starting to open up to the cosmic consciousness, necessary to achieve the spiritual unity of humanity, understanding what it means on the basis of the indications of Agni Yoga.
When we acquire the deep awareness of living in a small room (the Earth) of a large, infinite house (the Cosmos), we will find the key that opens the door to the heart of humanity and we will be able “to see the stars again” in a new way.

All those who are sensitive to the development of individual and group consciousness, in search of deep and demanding answers, eager to act on themselves and the world to contribute to a positive change, also for the preservation of the “common home”: pragmatic visionaries and courageous operators… 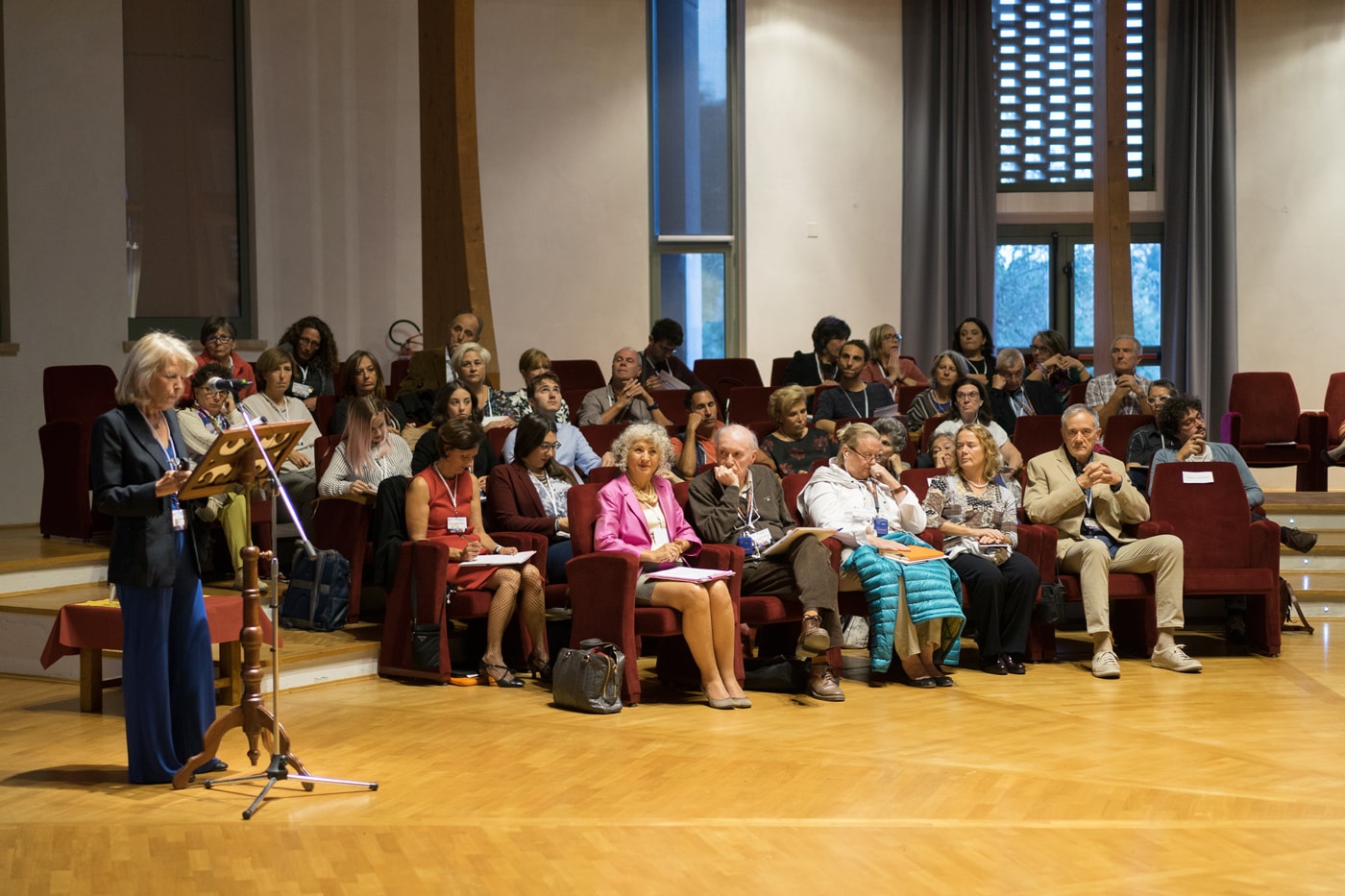 How will we work?

By sharing thought, experiences and feeling we will try to understand and experience together , through the teaching of Agni Yoga, what the cosmic consciousness is and how the single consciousness can become a part of it.

This conference was conceived in various sessions, through contributions, workshops and moments of active sharing. We will explore the following topics:

During the days of the conference there will also be the opportunity to participate in important artistic events that will enrich the experience of a common celebration of this special event.
Further details and information will be published with the final program.

Waiting for the conference …

Isabelle Küng tells us how she got to know Agni Yoga thanks to [...]

On the threshold of the next 100 years of Agni Yoga

Please join us To make the best use of the days that had been set [...]

The radiance of the heart can bring together the most seemingly varied organisms, even across [...]

Today, there are many Roerich societies with many different names worldwide; creating a unity among [...]

One should protect oneself in consciousness and create an invulnerable armour of nerve emanations. Even [...]

A new date for our Agni Yoga Conference

We use the "Adverse Tactica" technique which consists of taking an attitude of determination to [...]

We have invited representatives of different “cultures” of Agni Yoga, who can bring current aspects of this Teaching, significantly contributing to the theme of the Conference. There will be also some eminent people, “out of the field” of Agni Yoga, who, through their experience of life and work, can make people feel that the stimuli proposed by the Conference are already present in those who have autonomously expanded the field of their own conscience. 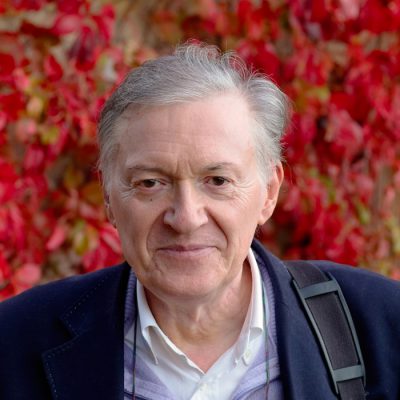 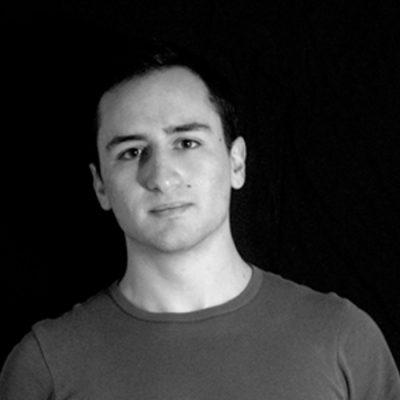 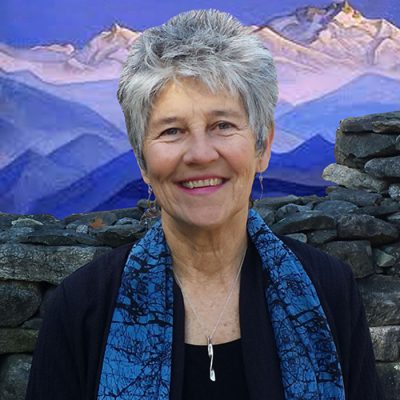 Contributors, Events, Humanity and Cosmos, Persone, The Planet Within 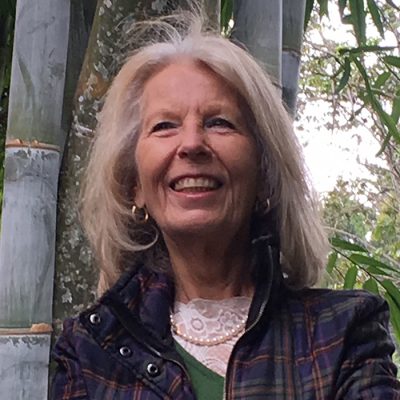 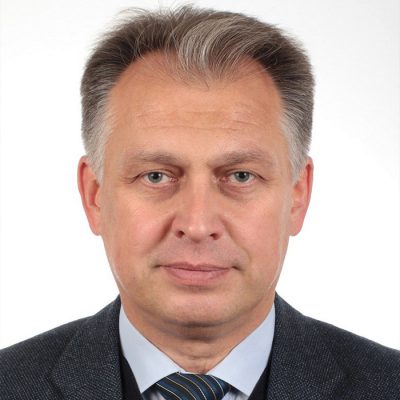 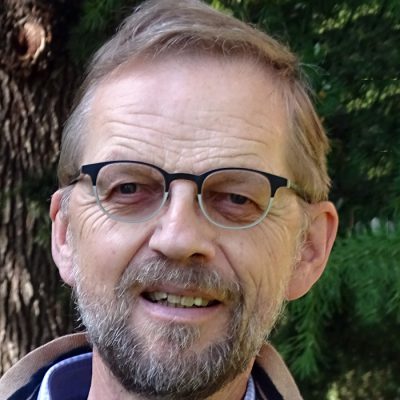 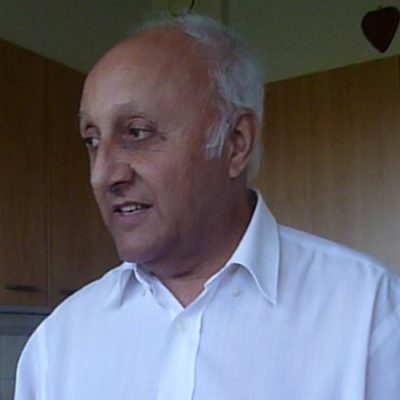 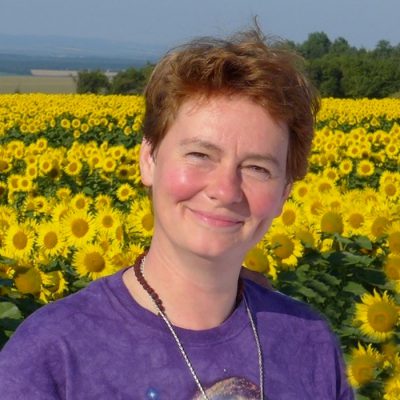 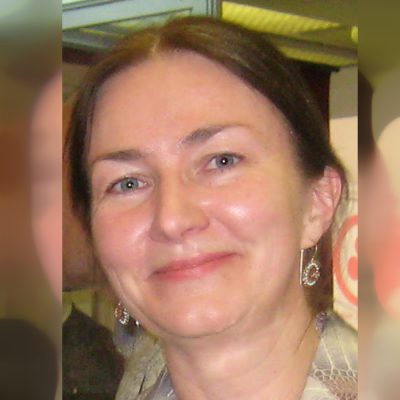 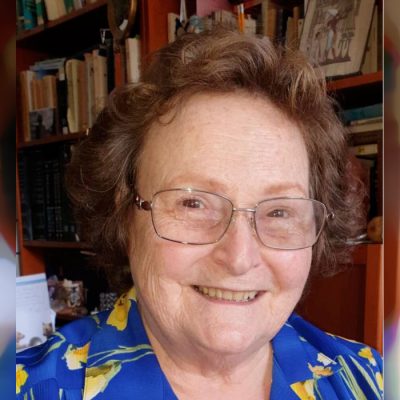 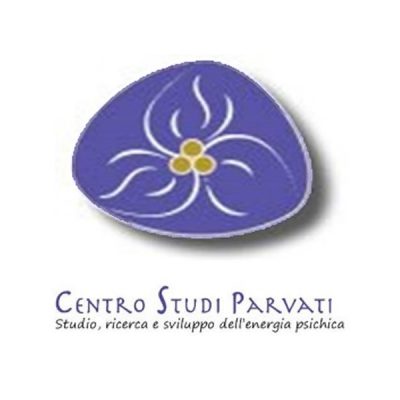 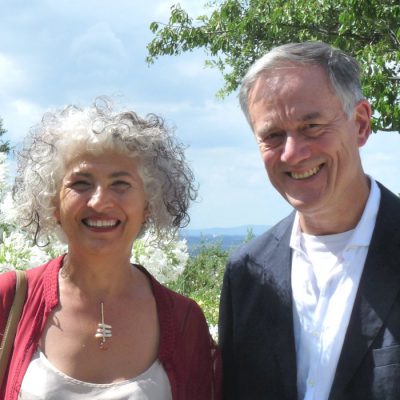 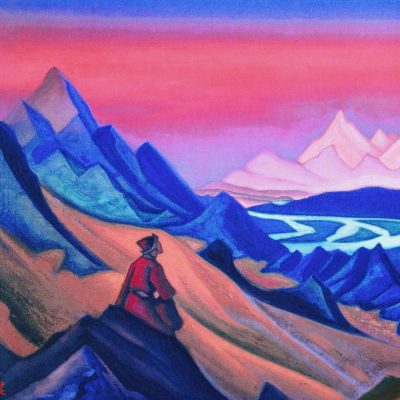 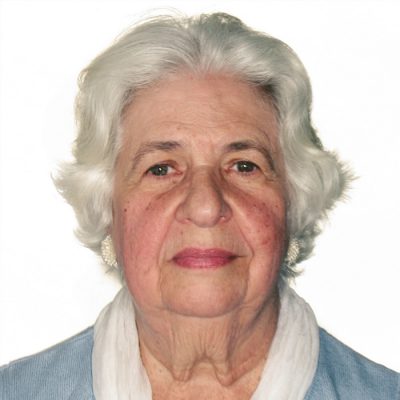 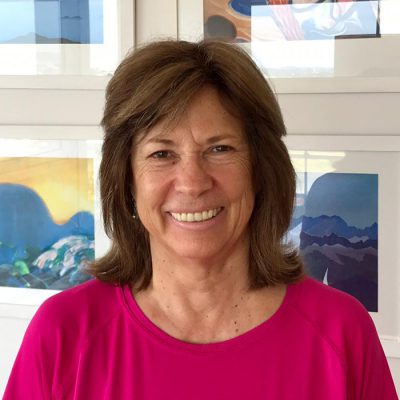 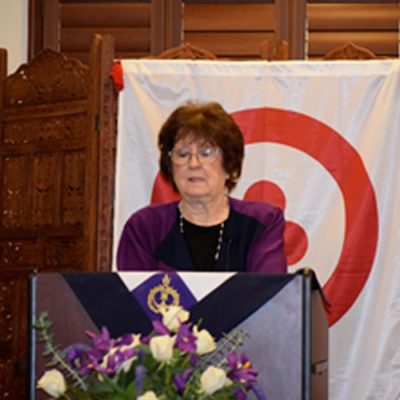 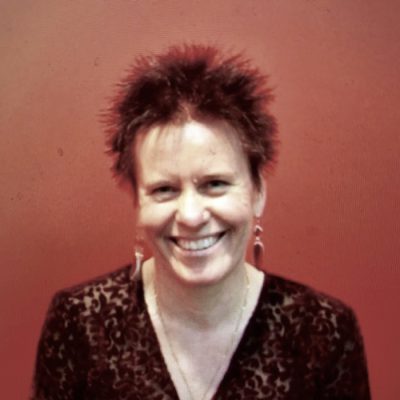 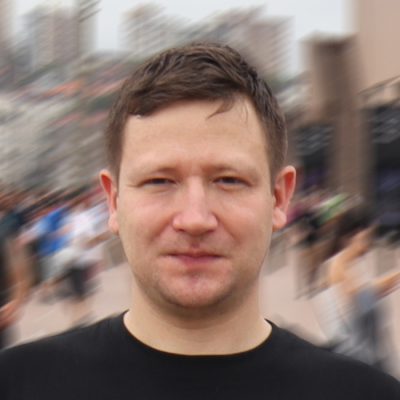 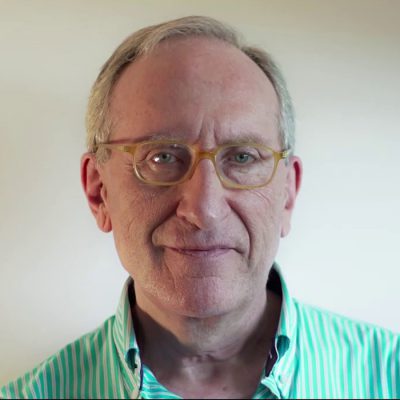 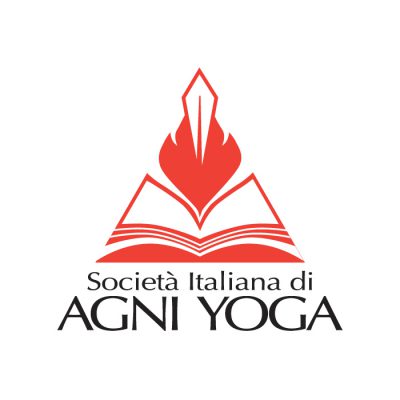 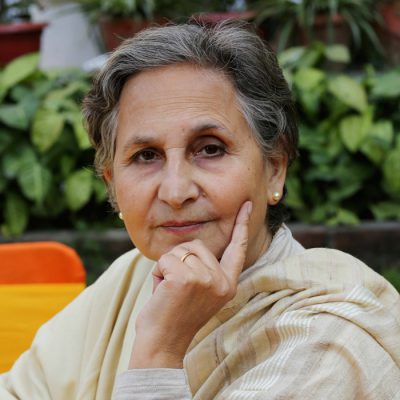 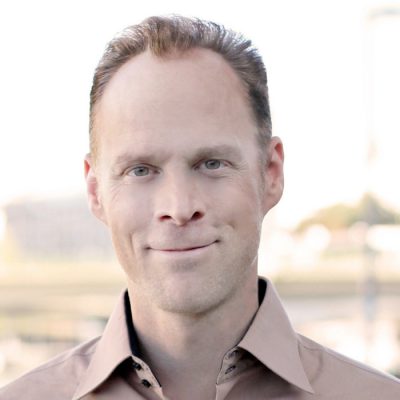 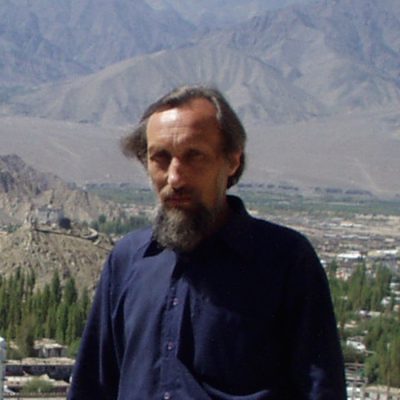 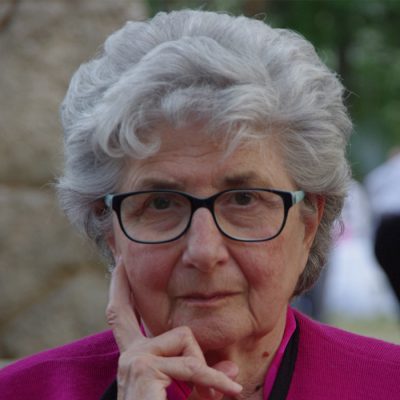 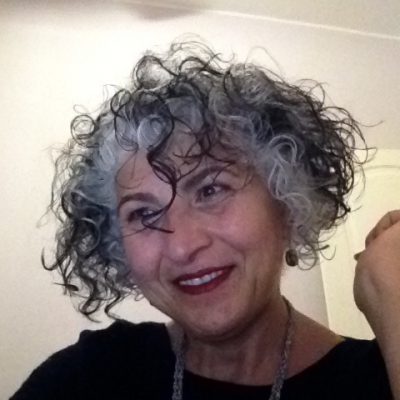 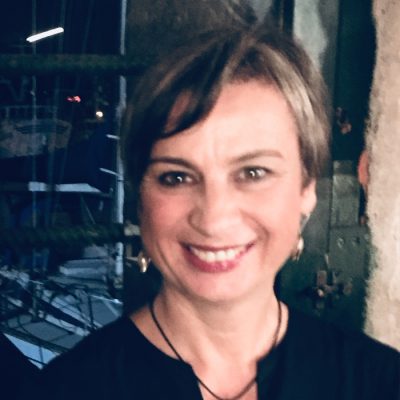 Board, Events, Facilitators, Humanity and Cosmos, Persone, The Planet Within, Trainers 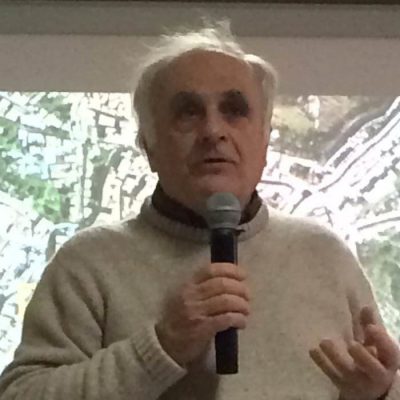 We are working for this. We will update the information on this web page as our SPEAKERS will confirm their participation in the conference.
More precise and detailed information will be published in the periodic newsletter dedicated to this conference, edited by the Italian Society of Agni Yoga.

In the Community of Living Ethics

The Community of Living Ethics, after “Scientist for Peace” and “The Planet Within“, continues its commitment to the dissemination of new models of life, thought and culture, hosting this third important conference on the evolution of consciousness.

Date and time of the event

This event will be held in English language and Italian language with a simultaneous translation service.

The reservation is made on the website of
Nuova Era Association, co-organizer of the event.

For privacy reasons Google Maps needs your permission to be loaded.
I Accept

Green and wooded hills with medieval villages, vineyards and olive groves. Ancient ancestors of the Umbrian today – proud but friendly people – were the Etruscans, with their necropolis and stone streets.

This is Umbria. The Community of Living Ethics is right here, nearby the town of Città della Pieve.
The conference will take place at the Hall of Culture, a building belonging to the Community,  designed and built accordingly to the laws of harmonious construction and sacred geometry. Its architectural measures and spatial relationships originate from the application of the golden section and harmonic proportions. The Hall has been thought as a “space container” that unites sky, earth and the evolving human consciousness. These are symbolically represented by the cover divided into twelve parts – as the Zodiac Constellations, by the floor of the building that reflects the sky itself and by ten arches jointed at the top into a suspended dome, the culminating point of the building.

Optional accomodation will be arranged within the Community Centers: they are farmhouses immersed in the green countryside and characterized by a synthesis of beauty and simplicity. Here you will have the occasion to experience the Community life, tuned on the values of brotherhood by sharing morning meditations, breakfasts, lunches and dinners: a simple life but rich in meaning and contacts.

By Train (+ taxi for the final part)

The community is most easily reached via train, with the final part of the journey made by taxi. We recommend if possible to download the Trenitalia App as this gives all the train numbers and their times for Italy. Outlined below is the fastest and most simple route.

Getting to the Community from Roma Fiumicino airport:

Generally it is best to allocate around 2.5 hours to get from Roma Fiumicino to Chiusi-Chianciano Terme.

If you wish to reach the community directly, without the use of trains there is a possibility to rent a private car/minibus with a driver from Rome Fiumicino airport.

The company we recommend for this is ‘Giorgi Service’, you can find their contact details below:

This service must be booked in advance of your arrival in Italy to ensure availability. It includes the transport from Roma Fiumicino Airport to any of the farmhouses of the Community of Living Ethics (or viceversa) for 1 to 7 people and the cost is:

If you book this service you are kindly invited to communicate Giorgi Service that you will be attending the International Agni Yoga Conference.
However you decide to reach us we hope you enjoy the beautiful views Umbria has to offer on your way here, safe travels!

Accommodation will be at one of the following structures:

However you decide to reach us we hope you enjoy the beautiful views Umbria has to offer on your way here, safe travels!

Payment to Nuova Era Association – co-organizer of the event- are available both via credit card and bank transfer.

To get the best out of this Conference

We are offering a lower price to participants up to 32 years of age.

ALL INCLUSIVE (Conference, meals and accomodation)

If you are not self driving:

If you have a car:

If you choose the “ALL Inclusive” package,  Accommodation – in a double shared room – at one of the country houses of the Community of Living Ethics (CLE) is included.

If you decide for the “Conference only” option you can organize your stay independently. If you prefer to stay at local accomodation facilities, you can also choose one of our agreed structures.

With the contribution of:

For contacts and info on the Conference, write to: ayconference@comunitadieticavivente.org