“Verily, a feather falling from the wing of a small bird produces a thunderclap in the far-off world” (Comunità, §43)

We are still experiencing the effects of the pandemic, which is generally considered a scourge that has unexpectedly come to disrupt the life of humanity. According to a primitive religious view, the pandemic should be considered a divine punishment for man’s sins. But who punishes us? What deity is animated by such a will? In reality, there is no higher Being who is concerned with inflicting punishment of any kind. This humanization of the great Beings is part of the past human history, and fortunately it is increasingly disappearing.

There is instead a fundamental law of the Universe, understood by the Buddha 2600 years ago, and recognizable by our eyes and consciousness: the law of cause and effect. This law, valid both on Earth and throughout the Universe, can be formulated in a very simple and clear way: every event that occurs at a given moment is the effect of a cause set in motion at a previous moment. No moral judgment is implicit in the cause-effect link: the cause can be good or bad, and the effect will also be good or bad. Determining a cause means setting in motion energy, which in itself is neutral, i.e. it is neither good nor bad. The quality that is infused into the mobilized energy comes from the will, thought, and action of its activator.

This fundamental law is closely related to another universal law, recognized by the Buddha, the law of interdependence of all living beings. No entity in the Universe, including primarily human beings, can be considered separate from everything else. If we could see the subtle web of connections between ourselves, things, and other creatures, we would probably be amazed at this admirable interweaving in perpetual motion. So the law of cause-effect can manifest itself in all its implications thanks to interdependence, which leads us continuously to recognize the unity of the Uni-verse.

To understand the scope of this law, we only need to recall the famous affirmation of Agni Yoga: “Verily, a feather falling from the wing of a small bird produces a thunderclap in the far-off world”. (Com. 43). Agni Yoga is deeply permeated by the thought of the Buddha.

There is still a third law operating in the Universe, the law of karma, which I prefer to call the law of rebalancing, because the term karma is still associated with a punitive effect. While the first two laws of cause-effect and interdependence are laws that apply to all living beings, we can assume that the law of rebalancing particularly, if not exclusively, affects human beings who have free will. How can this law be enunciated in a synthetic way? Every thought, every human action, determines an imbalance in the pre-existing situation. This imbalance can be virtuous, that is, it can generate something that heals a previous negative imbalance, or it can create a new harmful imbalance. In the first case we usually speak of positive karma, in the second of negative karma.

When negative karma is generated, the law requires that the imbalance caused be rebalanced by the person who caused it, either in the present life or in a future life. The sometimes complex process of rebalancing can take place in different ways, voluntary or self-generated. It can be said that this law indicates the existence of a universal “justice” that is very different from human justice.

The close interaction between these three laws is evident. They constitute the triangle of laws that govern universal inter-relationships. In this interaction, the starting point is a cause set in motion, both as thought and action. For the law of interdependence, the cause may have unimaginable effects, wider than is usually believed. Moreover, the cause can bring an imbalance, either positive because it is rebalancing, or negative because it demands rebalancing. According to these three laws it is necessary that, in the face of any event, we ask ourselves whether as human beings we were the cause.

If we return to consider the Covid-19 pandemic, it is common thought that there is at least a partial responsibility of humanity itself in its onset. But few relate it to the three laws mentioned above, which indicate human responsibility as the pre-eminent factor.  It is likely to be an event caused by human beings themselves, a disastrous effect of a previous cause. It is a sign of an imbalance that calls for healing. Imbalance that has occurred how and between whom? “Is it possible that people do not notice the peculiar character of the heat waves, storms, and hurricanes that are taking place? And so you are right in grieving for nature, which is sick because of human madness“. Thus is read in Heart 502, a book of Agni Yoga of 1932. It is evident to everyone that in the last century, and especially in recent decades, the imbalance in the relationship of the human kingdom with the three kingdoms of nature has gradually increased: with forests and habitats, mineral resources, animal species, oceans, intensive farming.

” How terrible are the consequences of fear or profit-seeking!”  (Heart 29)

It is wrong to attribute the responsibility for the pandemic to a laboratory that has let “escape a virus” or to a bat that has released the virus into the environment. In these rings in the chain, the Buddha recognizes favoring factors of the primary effect. Whatever these factors are, the responsibility for the pandemic lies with humanity, or rather with that part of humanity committed to creating the imbalance, breaking the three relational laws on the Planet and generating suffering.

What to do then? Agni Yoga affirms that today it is indispensable to promote new causes, which are aimed at a virtuous rebalancing. Those who are further along the spiritual path, those who place themselves at the service of the Universal Plan, have the task of making ethical choices for the future of the Planet and of all the kingdoms that inhabit it.

“Unobscured striving, freed of all burdens, reveals the true path”. The path of the heart. 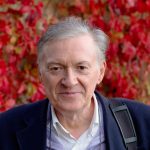