Some thoughts on the challenge of the moment, the coronavirus

Some thoughts on the challenge of the moment, the coronavirus

In the face of this micro-organism, there are no frontiers, no social and economic differences, nor differences in the state of consciousness. I believe that this is a really new aspect, perhaps never experienced before by Humanity…

The events of the last few weeks have suddenly thrown us into an unexpected situation, one of those to which Agni Yoga gives the name “unusual”. Unusual because it differs from the routine now established in our lives, both individual and group, with its rhythm of encounters, habits and rituals well established and considered certain by all of us. And instead we are replacing our events on the physical level with those on the virtual plane, which until recently we would have considered pure science fiction!

For some years now we have often spoken of the dissolution of the physical forms that have now been outdated. And now, after fires, earthquakes, political and economic crises, social dramas…over successive years, we are faced with a more visible crisis. A crisis that seems to us more true, for the simple reason that it touches us all and that it has a substantial impact on our lives. It is something present and well experienced by each of us, something that for many has absorbed much of the attention.

So we see two aspects of this crisis: the unusual, simply because it is unusual for a very small virus to have so much power, let’s say that we didn’t expect that; and its global aspect, in the sense that everyone, but just everyone and all over the world is touched by it. In the face of this micro-organism, there are no frontiers, no social and economic differences, nor differences in the state of consciousness. I believe that this is a really new aspect, perhaps never experienced before by Humanity: the problem, or at least the risk, is for all Humanity, no one excluded. It involves the human group as a whole, and therefore forces us to face it by being together, because to do so separately one person from another and one country from another would be absurd and impossible. It pushes us into containment strategies that affect everyone’s relationships with everyone else, whether we are talking about individuals or nations.

Wasn’t it necessary for us to experience the fact that we are indeed one?
And it is a very small common denominator that is making us experiment, thus throwing us out of the beautiful ideas and concepts about life that for years and years we have cultivated in the mind and repeated in words.

And here emerges another function of what is happening: to force us to bring into the real experience of life what we have learned and to which we have long aspired on the mental level: starting from the idea of one Humanity, to arrive at a number of other values, such as that of knowing how to detach ourselves from physical habits and the needs to relate closely with people, to know consequently to be more in touch with ourselves, in solitude and silence, to feel the sense of group beyond the time we spend together. And many other values that everyone can add at will.

We are in fact greatly expanding the perspective from which to look at the situation. We know that the more limited the angle of view of any theme, the more we enter into the fog, because we emphasize certain aspects and we cannot see others, which would otherwise be part of the whole vision. But it is our duty to broaden the horizon even further, because we have the tools; this broadening of vision is taking place in many of those who, although not yet fully aware, are asking questions and who, now moved by the consequences of past distortions and errors, are wondering what we can change and how to do it, if only because they are motivated by fear for their subsistence. Different levels of awareness correspond to different questions, answers and reactions.

The solidarity, the empathy, the cooperation that are manifesting more and more every day both among people and between nations, have the function of creating, in the long run and if everything goes right, a field of goodwill, on which it will be (or would be) easier to bring down the new visions and acts that are inspired by the Plan and the will of Good.

But we must be careful and not deny the great “unnamed” fear. Among us who have carried out a work of self-consciousness for a long time, there is a tendency for an attitude of denial to prevail – “I am not afraid”, whether this statement comes from not being in one of the categories at risk, or from a now elaborate relationship with death. But beware! Whenever the certainties on which our lives are based are disturbed, it is normal and natural to feel fear; even if it is not the fear of getting sick and dying. The fear can take different forms, fear of the economic crisis, fear of not being able to keep the commitments made, fear for others, fear of a future that I do not yet see… In our case also afraid of being stuck in other countries or not being able to travel anymore… If we don’t want to call it fear, let’s call it worry, it’s always part of the same family. And it must be named, before we can truly recognize it in the nuance that belongs to us, and then transform it. On the other hand, we must consider that we are immersed in very powerful collective waves of fear, so it certainly reaches our psychic receptors; maybe it’s one of the causes of the mood swings, the ups and downs that various people feel during this time. A good antidote to fear is asking questions about what we fear, reflecting on it and opening ourselves up to insights and intuitions: it is an active attitude that directs us towards the future without denying the present.

Among the various interpretations that are circulating about the origin of this evil, almost all tending to project the causes on some external agent, we just need to name one, which includes all and with which we never go wrong: a karmic return, an effect of past causes, which can be of any kind and level. It is up to us to take this karma responsibly, accepting it, and converting it into dharma. This implies the full assumption of responsibility for the event and the strength to direct its flow in the direction of Good, a greater good that we are certain already exists, even if we still cannot define it. But perceiving us as focal points of conversion from karma to dharma has a dynamic and healing effect, from the psychic plane to the physical plane.

It is important that our immune defences are well functioning and this we can achieve, in addition to the various supplements, with the right activation at the inner level: in terms of Agni Yoga, the great protector is the psychic energy that we manage to keep alive and active. We must do this both as individuals and as a group, by contacting the sense of liberation that every karmic dissolution brings with it. So, the big question is, which dharma can I set in motion because of this situation? What new expression of me and the group?

But there is a passage that is still beyond and that is not only decisive, but also strongly creative: our dear principle ‘tactica adversa’. Some of us, after experiencing it, have become complete advocates! It consists of asking the question:

«what more and better can I conquer using, and not only countering, the energy of the adversary, which in this case is the small, tremendous Coronavirus?»
«What can I conquer thanks to the problems it creates for me?»

The answers can be many for each of us. As a group I give an example: we were forced to move the planned Agni Yoga conference and now we will also do something additional (of which we will inform you), using the days from 21 to 24 May: therefore instead of one event we will make two.

Another example of tactica adversa: where others see a limit in not being able to be physically close, we try to glimpse the possibility of strengthening the subtle relationship between us. We learn to exchange love and contact on a deeper and more stable level, thus strengthening the eternal network and the relationship between souls that unites us. We know that the development of telepathy is one of the objectives of the Plan for which we are in training. I do not want to be alarmist but I wonder if the next virus will not be online technology based, which we could not even imagine now, since the virtual connections are proving to be our crutch, but maybe sooner or later we will have to leave that too.

And if by any chance, all of a sudden, we find ourselves without the internet, let us remember to have with conviction and intensity the subtle connection!

In short, there are many possible stimuli for reflection, we could go on quite a bit and maybe in the next few weeks we will go there. For now let us commit ourselves to using this Equinox, (which is always an interlude between two different positions, between Earth and Sun) as an interlude, represented by the time between the ‘before and after’ the Coronavirus: we are offered an unusual space/time free from known forms, in which to let our consciousness work.

Agni Yoga shows us 3 main tools to cross difficulties: trust, contact with Hierarchy and work. How can each of us be an activator of these qualities in our environment?

In short, having said all this, the Coronavirus is no longer the scarecrow that it seemed, indeed, it will perhaps end up that in a little while we will recognize him as a bearer of light that, although unknowingly, has been put on the path of Humanity. What if that’s the case? 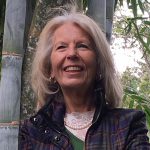