The Festival Week of World Servers is approaching

The Festival Week of World Servers is approaching

The World Servers Festival Week is approaching: are you involved?

From the 21st until the 28th of december all who love humanity and the Earth, from around the world, can join the World Servers festival week to invoke energies of light, love and spiritual power.

The Festival week is a time of the year that holds special possibilities: it is a “week of group impact” – as defined by Alice Bailey – which occurs every seven years, when precise planetary inflows allow for a most significant action in the direction of Goodwill and spiritual unity.

This inner spiritual unity within humanity, beyond any differences of race, nation and creed is the common base to work together towards a common goal: being a living bridge between the heavens and the earth.   To be a World server, knowingly or not, means to offer, in part or totally, one’s energy and personal activity to work for a new world of goodwill, unity and right relations.

How to participate to the Festival week

Since the festival week unite all who serve Common Good on a subjective level, anyone can participate with group initiatives, or by individual meditation, visualization and prayer.

All that it is required is to invoke the light, love and spiritual will from higher planes, aiming at empowering the One Group of planetary servers.

A simple and yet powerful way to join the Festival Week it is also to participate to the global Silent Minute initiative, on December 21. 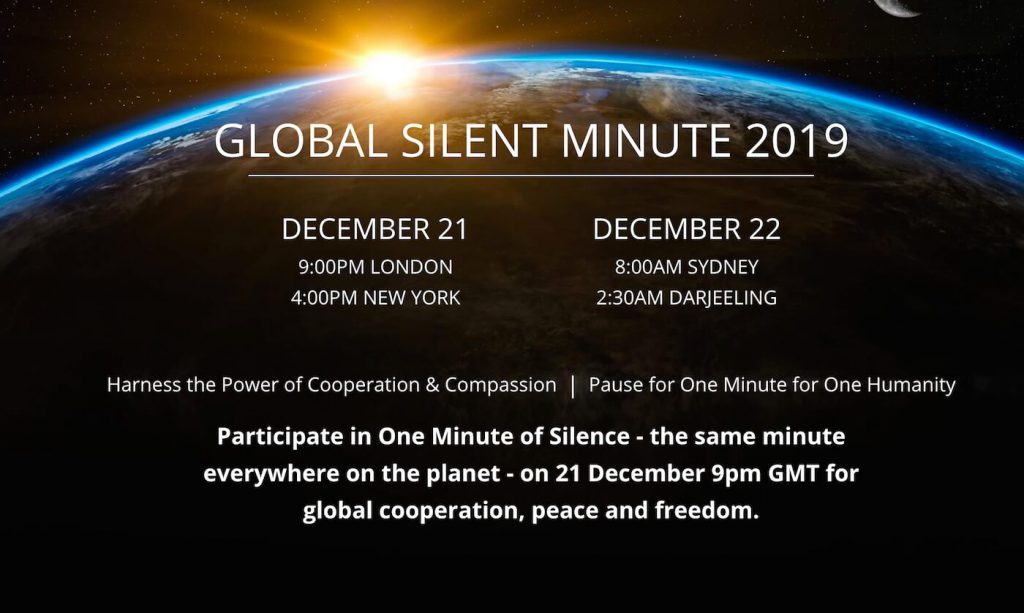 Silent Minute: a global opportunity to stand in silence for peace

The Global Silent Minute initiative was conceived as a global shared moment to unite in thought, prayer, and meditation to create the future we imagine.

The minute will begin with the ringing of bells everywhere, as together we will enter into one silent minute, calling on humanity to fulfill its highest potential and greatest destiny: peace on Earth.
In silence we listen, and in listening we hear the sound of Silence. The sound of Silence is powerful. When the silence is alive, it is said that the beauty of Cosmos can resonate in it.
So, what if millions, or all of the inhabitants of planet Earth paused for a shared minute in silence – the same minute everywhere – to cooperate with Life , wishing for Peace and listening to the sound of silence?

You are invited to participate to this lively silence, spreading light and love on earth.
Learn more at: www.globalsilentminute.org